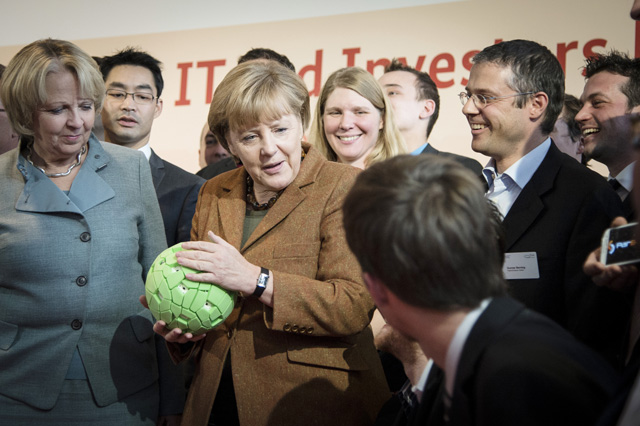 We have been invited to the National IT-Summit 2012 in Essen, an event organized by the Federal Ministry of Economics and Technology of Germany. During the main event federal minister for economics Dr. Phillipp Rösler threw the Throwable Panoramic Ball Camera. It became even more exciting when we had the chance to show our camera to the German Chancellor Dr. Angela Merkel.

One day before the main event we attended the Young IT-Day which took place at the Folkwang University in Essen. It consisted of multiple discussions including business angels, politicians and a couple of start-ups. We had the opportunity to discuss the current climate for tech inventions in Germany with fellow innovators.